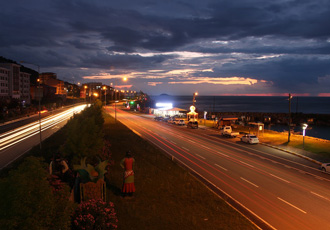 Without a doubt, the market for electric vehicles is growing rapidly. While we are still in the initial phase there are several signs that the Hybrid Electric Vehicle (HEV) market is emerging from its infancy. Figures from the International Council on Clean Transportation (ICCT) confirm this; whereas in 2010 the worldwide electric vehicle market was more or less zero, by 2015 over half a million electric cars had been sold – and sales are continuing to increase.

There are several factors strengthening the inflection point for the uptake of HEVs, but the most important ones are the stricter CO2 emission legislation, the fact that fossil fuels are becoming depleted and the general trend towards a greener, more energy-efficient lifestyle.

From micro-hybrid to fully electric
Major vehicle manufacturers are confident enough to going public with their predictions. Among the flurry of companies stating their ambitions, BMW expect to sell 100,000 electric cars this year and, within eight years, electric vehicles could represent 25% of their sales. Renault-Nissan and Tesla expect sales to reach one million annually within three years, whereas the combined strength of the Chinese auto industry sees a total of 4.5 million electric vehicles annually in the same timeframe.

Ford does not make predictions for sales volumes, but illustrates their commitment by stating that 13 new electric vehicle models will be released in the next three years. Looking further into the future, Honda sees two-thirds of their sales being electric vehicles by 2030.

As is typical in a rapidly evolving market, there is a wide range of products, with ever-more advanced models constantly emerging. To have a clear view of the HEV market, the different types of electric vehicles can be summarised as follows:

Electrification leading to CO2 reduction
It is important to note that there is a significant correlation between the HEV/EV type and CO2 emission reduction; as electrification increases, so the CO2 emissions decrease. Whereas the micro hybrid led to a 3-4% CO2 reduction in the European drive cycle, this becomes 13-21% for the mild hybrid, 20-30% for the full hybrid and 50-75% for the plug-in hybrid. A fully electric vehicle produces no emissions at all (ignoring the energy production required to charge the battery).

Normally, CO2 emission is heavily influenced by the weight of the car. An interesting evolution is that HEV or EV models of high-end cars do not necessarily generate more pollution, despite being heavier. For example, the Volvo V40 with an internal combustion engine has much higher CO2 emissions than the Volvo V60 plug-in hybrid.

More new market entrants
The HEV/EV market is expected to grow by 25% in the next eight years. The market share of full hybrid vehicles will remain stable, with the growth mainly coming from mild hybrids, plug-in hybrids and BEVs. With an estimated 20 million cars by 2024, the HEV/EV market will become the same size as the diesel car market today, accounting for a 20% share of the total market.

The HEV/EV market is a good example of a ‘snowball effect’. In 2001, there were only two electric vehicles available for the European market; the Toyota Prius and the Honda Insight. The Toyota Prius was the clear leader with a market share of 95%. In 2009, Toyota’s market share shrank to 53% as new market players entered, such as Mercedes-Benz and Lexus.

Japan was clearly the trendsetter, with three out of four HEV car manufacturers coming from there. In 2014, a large number of new entrants appeared, including Citroën, Peugeot, Mitsubishi and Volvo. This is a clear sign of transition from an emerging market to an established one.

The business opportunity
There are still a few obstacles to overcome before the electric vehicle can really conquer the hearts of consumers worldwide, most importantly the battery range and the charging time. Today, electric car owners remain anxious about failing to reach their destination or having to wait hours for the battery to recharge.

However, the plug-in hybrid and EV with range extender go some way towards alleviating those fears. In the meantime, manufacturers from a wide variety of sectors are working very hard to find plausible solutions to these issues, meaning that it is only a matter of time before these obstacles are eliminated.

In the beginning the market was extremely skeptical about the Toyota Prius. But Toyota stood firm – and with success, because more than four million models have since been sold. Today other car manufacturers – including many European ones – are following Toyota’s example.

So, it is clear that the advance of the electric vehicle can no longer be stopped. That is good news for sensor manufacturers, as electrification goes hand-in-hand with vastly increased sensor deployment. Since fast power charging will be important, cooling will also be a priority to prevent thermal issues.

That will definitely increase the demand for motor driver integrated circuits, and the need for current, position and speed sensors will also be significant. The automotive sensor market is on track for several exciting years.